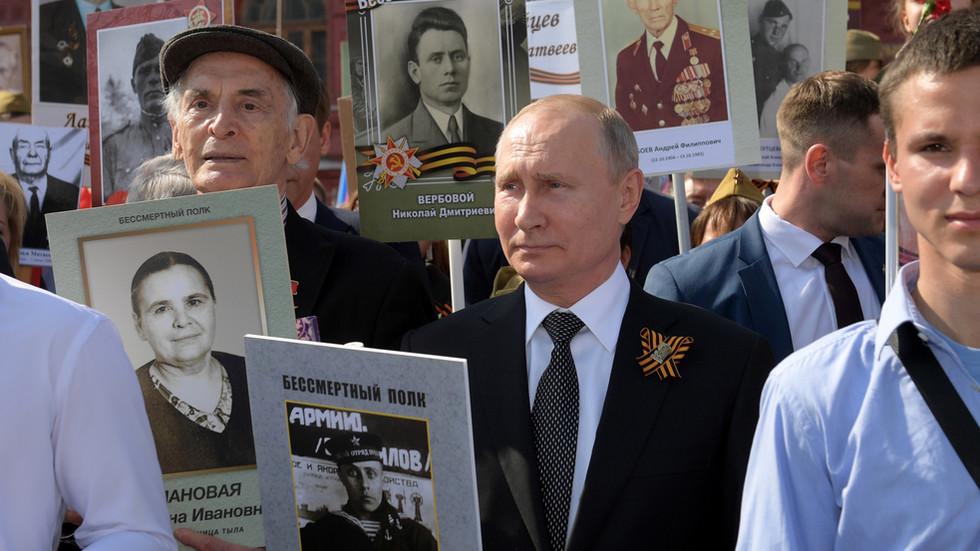 In 1945, they defeated Adolf Hitler and Imperial Japan. Now, 75 years on, Vladimir Putin believes that the present global health and economic emergency requires the Second World War allies to unite once more.

In a lengthy op-ed, published in American foreign policy journal ‘The National Interest’ and Russian government newspaper 'Rossiyskaya Gazeta,' the Russian president discusses the reasons behind the rise of the Nazis. He also outlines the benefits of the post-war world order, which he now believes needs to be renewed.

Putin cites the weakness of the League of Nations as one of the principal causes of the conflict. As a result, he praises the winners for setting up the United Nations, with a solid legal foundation, to help prevent future hot wars between great powers.

Today, with the Covid-19 pandemic, and resultant economic fallout, he urges the chief allies – who now comprise the permanent membership of the UN Security Council – to pull together.

The leaders of Britain, China, France and the United States have already agreed to hold a summit proposed by the Russian government. Next week, Moscow will play host to a postponed 'Victory Day’ parade celebrating the defeat of the Nazis.

“A special item on the agenda of the meeting is the situation in the global economy. And above all, overcoming the economic crisis caused by the coronavirus pandemic,” he writes. “Our countries are taking unprecedented measures to protect the health and lives of people and to support citizens who have found themselves in difficult living situations. Our ability to work together and in concert, as real partners, will show how severe the impact of the pandemic will be, and how quickly the global economy will emerge from the recession.”

Putin also wants to discuss security concerns. “In our opinion, it would be useful to discuss steps to develop collective principles in world affairs,” he adds. “To speak frankly about the issues of preserving peace, strengthening global and regional security, strategic arms control, as well as joint efforts in countering terrorism, extremism and other major challenges and threats.”

There can be no doubt that the summit of Russia, China, France, the United States, and the UK can play an important role in finding common answers to modern challenges and threats.

Such an event would “demonstrate a common commitment to the spirit of alliance, to those high humanist ideals and values for which our fathers and grandfathers were fighting shoulder to shoulder,” Putin concludes.

The detailed essay – promised for some months – includes a long explanation of Putin’s point of view on the origins and legacy of the Second World War. He notes how “almost 27 million Soviet citizens lost their lives on the fronts, in German prisons, starved to death and were bombed, died in ghettos and the furnaces of the Nazi death camps. The USSR lost one in seven of its citizens, the UK lost one in 127, and the USA lost one in 320.”

However, he praises the decisive role played by all the Allies in the final victory, especially the assistance “in providing the Red Army with ammunition, raw materials, food and equipment. And that help was significant – about seven percent of the total military production of the Soviet Union.”

“It is a duty of ours – all those who take political responsibility and primarily representatives of the victorious powers in the Second World War – to guarantee that this system is maintained and improved,” Putin stresses. 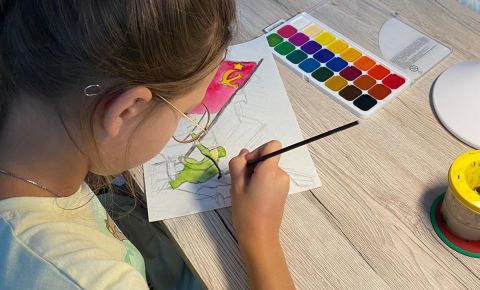 Exhibition Цюрих, Фотогалерея 02.09.2020 - 31.12.2020 International exhibition of children's drawings "The World was saved by a Soviet soldier", dedicated to the 75th anniversary of the end of the Second World War
Photos of the Great Victory

Congratulations to «Arctic Convoys» veteran Reg Young with receiving his medal «75th Anniversary of the Victory in the Great Patriotic War»! Thank you for your brave service! We Remember Faces of...

Arctic Convoys veteran John Goodman receives his medal «75th Anniversary of the Victory in the Great Patriotic War». Congratulation and thank you for contributing to Victory75! We Remember Faces of Victory W...

Happy for «Arctic Convoys» veteran Robert John Hammer receiving his medal «75th Anniversary of the Victory in the Great Patriotic War». Congratulations and thank you for Victory75! We Remember Fa...