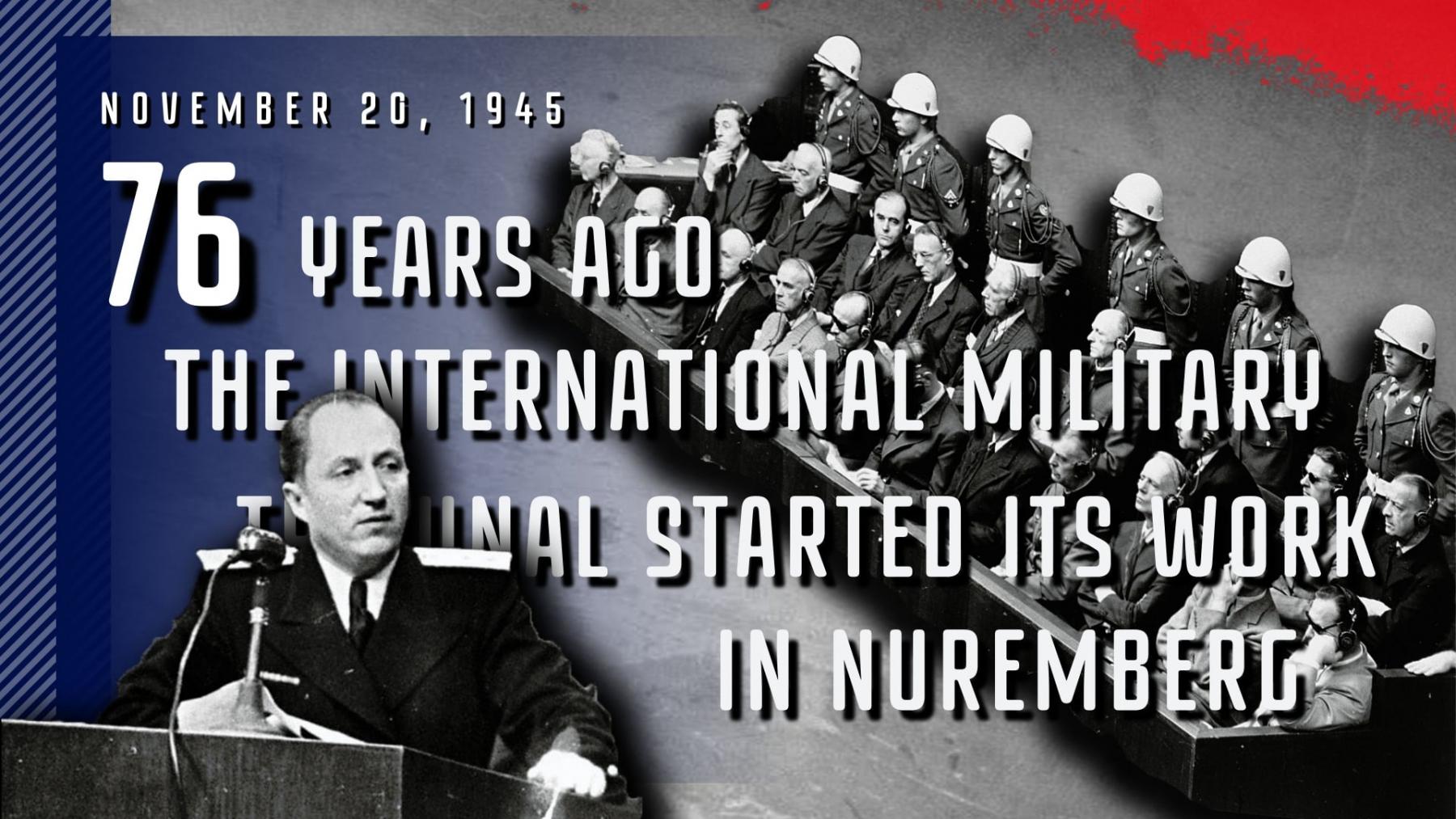 The International Military Tribunal started its work in Nuremberg 76 years ago. Its goal was to pass a verdict on the main war criminals of the Nazi regime.

The tribunal was established in accordance with the Declaration on German Atrocities in Occupied Europe adopted on October 30, 1943 at the Moscow conference of foreign ministers of the USSR, the United States and Great Britain, and the Agreement for the Prosecution and Punishment of the Major War Criminals of the European Axis signed on August 8 by the governments of the USSR, the United States, Great Britain and France. As part of the agreement, the parties adopted the Charter of the International Military Tribunal that determined its institution, jurisdiction and functions.

On November 20, 1945, in the Palace of Justice in Nuremberg, the International Military Tribunal began to consider the indictments against 24 of the most high-ranking officials of the Nazi regime, “whose crimes were not linked with a definite geographical location.” Roman Rudenko was appointed Chief Prosecutor on behalf of the USSR. In almost 11 months, the members of the tribunal held 403 open court hearings, during which they interrogated several hundred witnesses, and reviewed tens of thousands of written testimonies and over 5,000 authentic documented items of evidence.

On October 1, 1946, the tribunal found the defendants guilty of a conspiracy with a view to preparing and conducting aggressive wars, criminal aggression against Austria, Czechoslovakia, Poland, Denmark, Norway, Belgium, Yugoslavia, Greece and the USSR, to name a few, as well as of committing countless war crimes and atrocities against humanity.

The Nuremberg Trials are still one of the largest court proceedings in human history. They exerted a substantial influence on international legal practice and the development of modern international law. The conceptual decisions of the tribunal, accepted by the United Nations as the principles of post-war international humanitarian and criminal law, have retained their legal and political significance up to this day.