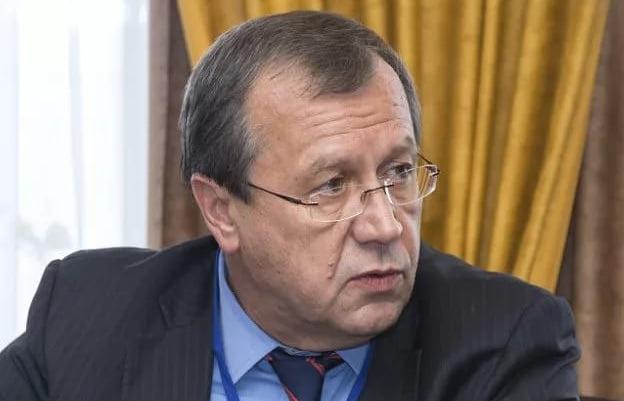 Article of the Ambassador of the Russian Federation to the State of Israel A.Viktorov (Russian Foreign Ministry)

75 years ago, victory over Japan put an end to the most large-scale, bloody and destructive armed conflict in the history of humankind – World War II. The end of World War II is marked on September 3 in Russia.

The USSR played a decisive role in the defeat of Hitler’s Germany, together with allies liberated Europe from the Nazi scourge and put an end to the Japanese military aggression in the Far East. The Victory laid the foundation of the post war world order based on the principles of collective security and interstate cooperation, led to the foundation of the United Nations.

The victory over Japan has become another important contribution of the Soviet Union to the end of World War II. It is the entry of the USSR into war with Japan within the framework of the allied agreements and brilliantly led by the soviet troops together with the Mongolian units Manchurian offensive that deprived Japan of motivation to continue hostilities. Brutal bombings of Hiroshima and Nagasaki by Americans, in fact, represented military senseless flexing of muscles and combat test of nuclear weapons on the civilian population.

On August 8, 1945 the USSR declared war on Japan, on August 9– it went on the offensive. Over 10 days - from August 9 to 19, million-strong Japanese Kwantung army was defeated. The Japanese government made a decision to surrender on 14 August already - the sixth day of the soviet offensive. The act of surrender of Japan was signed on September 2, 1945 with the participation of the Soviet representative.

Unfortunately, certain attempts are underway to downgrade and distort the role of the Soviet Union in World War II. Despite historical facts, the USSR along with Nazi Germany is quite often accused of starting the War and even portrayed as an aggressor. The thesis of so called “equal responsibility” is actively played up. The Nazi occupation, which claimed tens of millions of lives, brutal crimes of the Nazis and their henchmen are cynically put on a par with the liberation mission of the Red Army. Some Eastern European and Baltic states unveil monuments to collaborators of the Nazi criminals while destroying and defacing memorials and graves of fallen liberators of the Red Army.

It is outrageous and blasphemous. The price our country paid for the Victory amounts to 27 million dead, 18 million of them were civilians. 33 000 towns and villages were destroyed and burned to the ground. In his article “75th Anniversary of the Great Victory: Shared Responsibility to History and our Future” President of the Russian Federation Vladimir Putin emphasized, that “neglecting the lessons of history inevitably leads to a harsh payback”.

It is gratifying that Israel sensitively preserves the history of World War II, reveres the memory of heroic warriors of the Red Army of the multiethnic Soviet Union who saved the world from the Nazi enslavement and the Jewish people as well as other nations from total annihilation. On January 23, 2020 during Vladimir Putin’s visit to Israel to participate in the international conference “Remembering Holocaust, Fighting Anti-Semitism” Jerusalem hosted a solemn ceremony of unveiling a new memorial in honor of the World War II heroes – the Monument “Candle of Remembrance” dedicated to defenders and residents of besieged Leningrad.

In Russia, as well as in Israel, we remember well the contribution to the common Victory of all the allies of the anti-Hitler coalition. As a result of World War II, the foundations of the modern world order enshrined in the UN Charter were set. Attempts to revise these results are, in fact, aimed at undermining the existing system of international relations.

The historical legacy of the Victory teaches us that in the face of a common threat various states of the world, despite geopolitical, ideological and economic contradictions, should demonstrate desire and will and act together in order to achieve common good. This is exactly what happened during the war years: it is worth mentioning here, for example, the Arctic convoys, the meeting of the Anglo-American and Soviet troops on the Elbe River, the heroic actions of the French pilots in the Normandie-Niemen air fighter regiment and much more.

Today there is a need to conduct efforts to develop collective principles in world affairs, preserve peace, strengthen global and regional security and control over strategic arms, jointly counter terrorism and extremism, overcome the economic crisis caused by the coronavirus pandemic, prevent the economy from turning into an instrument of pressure and confrontation, protect the environment and combat climate change, ensure the security of the global information space and find a solution to many other problems.

In this regard, Vladimir Putin's initiative to hold a meeting of the leaders of the five nuclear powers - the permanent members of the UN Security Council - is gaining special urgency. Such a summit will undoubtedly play an important role in the search for common responses to modern challenges and threats in the spirit of allied relations that ensured the achievement of lofty goals during the Second World War.